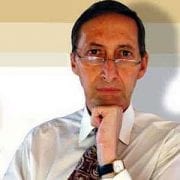 A year ago yesterday I sat in a pew at the Church of the Torch, for the funeral service to celebrate the life of Dr. Magana Njoroge Mungai. I felt greatly saddened, but also quite upset with the man. For how could he do this to us? How could he deprive us of his inspiration, his knowledge, his sense of fun? I was far from ready to release Dr. Mungai, never again to enjoy the privilege of learning from him and laughing with him.

In the intervening months the feeling of deprivation was reignited each time his name was mentioned, and it was exacerbated two weeks ago when I attended the memorial service to mark the first anniversary of the passing of this great Kenyan. During the service, as at the earlier one, vivid treasured memories of my friendship with Daktari readily surfaced.

Twenty-one years ago, shortly after becoming engaged to Evelyn Mungai, the lady who was soon to become my wife, a bridal shower was hosted for her at the home of Julius and Jane Kiano, organised by my then fiancée’s daughter, Wacuka. I, together with a few other men, was invited to join them after the event, and imagine my surprise when I found myself ambushed for what turned out to be a symbolic pre-wedding mini-ceremony.

The central element involved our two “fathers” blessing the union. Given that neither of our actual fathers was still alive, Dr. Kiano agreed to play the role of my fiancée’s father and Dr. Mungai that of mine. The blessing involved the anointing of the floor of the family of the wife-to-be’s “hut” with the traditional brew, muratina, and my uninhibited parent insisted on following through with the ceremony – onto the plush white carpet of the Kiano living-room.

I also remember going to see him a few years later when, as chairman of the Kenya Institute of Management, I was to officiate at the Tom Mboya Memorial Lecture, the big event of the institute’s year. I was in search of relevant stories about Mboya, and Dr. Mungai, with his perfect memory, was at his best.

I asked him about Mboya the visionary, and he talked about the man’s pivotal role in the American Airlift and about his promotion of Pan-Africanism: great material for my speech. I remember Dr. Mungai also telling me what was important to him, then and later: health, education and poverty eradication.

One of the last occasions my wife and I were with him was at the residence of the French ambassador, when Dr. Mungai was awarded the Ordre Nationale du Mérite for his life of service. Not for the first time, we talked about how he was doing with his autobiography. Along with others, we had encouraged him repeatedly – even identifying a potential writer to work with him, and I had introduced him to voice-recognition software as a way of accelerating the process. Sadly however, there was no movement, and now it may be too late, at least involving his personal input – which would be such a shame, as his book would be in a league of its own. Not only because of his many achievements and adventures, but because of the charm and sparkle in the man. Not to mention his wonderful memory.

At last year’s funeral service Dr. Mungai’s successor as foreign minister, Dr. Munya Waiyaki, reminisced at length about their time together, from primary school to Alliance High School, where six of the fourteen students in their class of 1945 served as cabinet ministers at one time or another – Robert Matano, Kyale Mwendwa, Mbiti Mati and Dr. Kiano being the others. Mungai and Waiyaki then both headed off to Fort Hare University in South Africa (where their classmates included Robert Mugabe and Mangosuthu Buthelezi), and later they both studied medicine, Waiyaki in Scotland and Mungai at Stanford.

Mungai obtained his medical qualification at Stanford, and later became Minister for Health and Housing (during which time he launched the country’s first medical school) and also President Kenyatta’s personal physician. At other times he held ministerial portfolios for internal security, the environment and foreign affairs – in which capacity he was responsible for bringing the UNEP head-office to Nairobi.

President Kenyatta, the son of the man whose doctor Dr. Mungai was, also spoke at the funeral, describing Dr. Mungai as having been a father figure to him, his own father having died when he was only 18. Indeed, as was the case with me at my pre-wedding, Dr. Mungai acted as such at Uhuru’s wedding.

At the recent memorial service, one of Dr. Mungai’s five daughters talked about her father’s three great qualities: his courage (“to go to America as he did, with no money, and then to return”); his dignity (here she quoted Aristotle, who described dignity as “not possessing honours but deserving them”); and his determination (as evidenced by how he persuaded the UN to site the headquarters of UNEP in Nairobi).

“This is how he chose to be,” she reflected, adding that it was the same three words that have been used to describe Rosa Parks, who famously sat at the front of that segregated bus. “Onwards and upwards” was her father’s motto, and she and all of us continue to be inspired by his memory.

Before I close let me explain that Dr. Mungai’s parents were Godparents to my mother-in-law Marjorie Kimenyi, and that the late Hon. Jemimah Gecaga – Dr. Mungai’s sister – was Matron of Honour at her wedding. Jemimah was one of the earliest Nominated MPs, and I am told that my mother-in-law, the first African woman to own and drive a car, would give her a lift. Sometimes as they were about to set off, young Njoroge would appear and, we were often told by a laughing Dr. Mungai, they would condescendingly agree to allow him to join them.

Such was the lightness of the man, one of the many reasons he is missed so very much.

Motivation and empowerment
Scroll to top