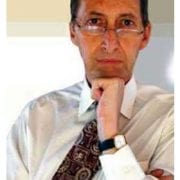 My first leadership experience came when I arrived in Kenya in 1977 to be the general manager of the local subsidiary of a multinational IT company.

Both the Kenyans who reported to me and the Brits to whom I reported expected me to be the proverbial “Big Man”, perceived as all-knowing, all-wise and all-powerful.

And when I refused to buy into such an impossible scenario, when I took time consulting with and developing the newly-promoted management team around me, I was branded by my bosses as “weak and indecisive”.

It was something I learned to live with, knowing that my style meant that the staff felt more respected, more empowered, more motivated – and hence more productive.

Dominant personalities anywhere tend to impose their will on others. Never mind if their title and corresponding authority make it possible for them to adopt a “do as I say” approach.

Yet more so in these days of flat organisational pyramids and loose networks, not to mention the nomadic tendencies of knowledge workers, it is unlikely to get a leader very far.

The challenge for such leaders is to graduate from being perpetual overloaded decision-makers and dispensers of instructions to becoming spreaders of positive influence.

OK, other than in the middle of a crisis perhaps. You need a particular kind of strength to hold back from micro-managing, and a boldness to trust others and to delegate to them.

This in turn presupposes an optimistic disposition and a positive view of human nature. It was Douglas McGregor who in 1960 introduced his Theory X and Theory Y, where Theory X supports the view that we humans are lazy and try to avoid work. Theory Y, meanwhile, postulates that working comes naturally, and also that under suitable conditions people do seek responsibility.

Each set of assumptions leads us to a different view of how we can and should lead. If we think people are intrinsically lazy then we must control them firmly for work to get done.

Theory X also imagines that most people prefer to be told what to do, and dislike taking risks or assuming responsibility. So again, we must play the “stern parent” to the “naughty child”.

Theory Y calls on us to provide inspiring visions and to focus on aligning individuals’ objectives with organisational ones.

If this is present then they will feel free to use their imagination and creativity to perform optimally. Adherents to Theory Y believe that leading through supportive influence rather than controlling authority is the path to take.

The way we lead is reflected in how we behave, and to grow our circle of influence we must be emotionally intelligent.

This means that we must, as Stephen Covey told us, “seek first to understand, then seek to be understood”, which in turn requires us to ask questions rather than feel obliged always to provide answers, and to be open listeners.

We must lead by example and build win-win relationships with those around us. We must be coaches and enablers of those we lead, appreciating that the more they grow and the more trustworthy they become, the more we free ourselves to focus on higher level strategic issues.

Such cultures, where leaders create enabling environments for learning and growth, should percolate throughout an organisation. So when we talk about leaders and leadership we don’t only mean CEOs and directors.

Indeed there are no exceptions to leading, as we should all exercise reflective self-leadership, where the coach within acts as our positive influencer.

In today’s world of rapid and uncertain change, no leader can afford to pose as “The Big Man”.

Contemporary leadership requires men and women in positions of responsibility to reassure those around them so they may cope with all the inconvenient disruptions of this 21st century while fulfilling both their own goals and those of the organisations where they work.

Leading through influence is far less efficient than exercising top-down authority. But unless one approaches leadership in this subtler style, respect and loyalty will be eroded and for sure the outcome will be unsustainable and ultimately self-defeating.

Key leadership lessons I learnt from my father

Kind of leadership needed to deal with a crisis effectively

How to manage change during transition period

Want to join the discussion?
Feel free to contribute!

This site uses Akismet to reduce spam. Learn how your comment data is processed.

My selection of speeches that shaped history
Scroll to top