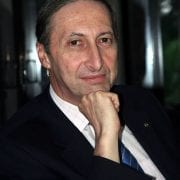 Four years ago I wrote a column here about interview panels, and I was reminded about it as I watched some of the grillings by the Judicial Service Commission panel of the candidates for the Chief Justice position, and then later some of the sessions for the Supreme Court judge ones.

As Macharia Gaitho wrote in his column immediately following the CJ interviews, the ten-part series provided the kind of drama we expect from reality TV shows. My article today, however, is not as a theatre critic. It is to review how the panel handled the candidates.

The interviewing commissioners were clearly a very knowledgeable, well-researched and generally well-prepared group of professionals. Their task with the CJ candidates – ten interviews of around six hours each on successive working days – was a daunting one. I was very impressed by how they managed to fill the six hours, but I’m not sure quite so much time was actually needed.

Being almost exceptionlessly from a legal background it was not surprising that the panelists’ approach was often remarkably pushy. Well, lawyers are used to being adversarial to the point of intimidation. And no doubt the candidates, all from that same learned profession, were as accustomed to the kind of jousting that unfolded.

As I witnessed the cross-examinations I also thought about how PhD candidates “defend” their theses before probing professors – the assumption being that the dons’ main job is to expose flaws and weaknesses in their paper. Indeed I remember one of the Chief Justice candidates referring to their “defence” in one of their responses.

I wondered to what extent the panelists had agreed beforehand who would be the “good cops” and who would play the “bad cops”, as we definitely saw a spectrum from grim and skeptical to more friendly and appreciative.

To me the most fascinating aspect of these reality TV shows was the body language of the commissioners. Some were more laid back and smiley; some inscrutable; and one often downright hostile (apparent despite wearing a mask – just from the eyes).

They will have planned the flow of the interviews and who would handle which aspect, aligned to their areas of expertise; and they will have discussed the role of the chairperson – the only one in the room without a legal background. She played her part calmly and appropriately, opening and closing each interview; asking about leadership issues; and mainly directing the traffic from commissioner to commissioner.

For sure they will have drawn up a ratings matrix, allocating marks to each candidate after their interview. (I remember the article I wrote in 2011 commenting on the advertisement for the Chief Justice position that appeared then. Amazingly the requirements did not include expertise in leadership and strategy.)

Some of the panelists probed more deeply in following up on answers to their questions than others. Indeed with a few of the interviewees I got the feeling they felt there was no point trying, as they’d given up on hearing anything relevant or impressive.

As I read over my earlier column on panel interviews I thought it would be good to reproduce this paragraph, about how panelists observe candidates. It comes from my experience in such a role, and I imagine the eagle-eyed commissioners were assessing the same issues.

“How good are the candidates at listening? And how directly do they respond to the questions put? If they’re asked an inconvenient one, do they switch to answering one they would have preferred to have been asked, one that would have allowed them to remain within their comfort zone? Are their answers too short, safe and superficial? Too long, rambling and repetitive – as though buying time in the hope they’ll still come up with that killer point? Or do they engage in a lively, interesting and meaningful dialogue? Does the interview manage to transform into an interesting conversation among equals, as opposed to remaining a duel between the grillers and the grilled?”

Many of those reading this column will have been members of interview panels, and so you will relate to my analysis. Hopefully it will lead you to reflect further on how to perform in such a role in future. And for those yet to indulge in such fora, be aware of quite how much expertise and preparation are required.

Let’s be optimistic despite the flood of negative news

Let’s return to quest for a new vision

Building your brand for boardroom role

Taming the abuse of power